Pensions shake up. How does it affect you? | Feedback Welcome

Pensions shake up. How does it affect you? 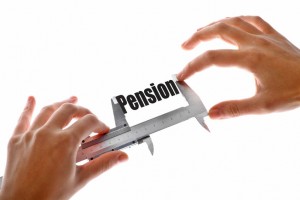 There are planned changes for state pensions from April 6th 2016, so I thought it helpful to explain what they are so you can consider the impact on you. While I am a few years off retirement I know it is good to be aware and informed now.

In my previous blog I explored the possibility of having a rental to support your retirement portfolio. This got me thinking about how little I actually know of the state pension system. In my research I discovered some wide-reaching changes are afoot. Are you ready? Do you need to be ready? You decide.

If you have low income you can supplement your pension with pension credits (read more on it here).

Also, you may qualify for an additional state pension, known as State Earnings Related Pension Scheme (Serps) or state second pension (S2P).  Based on your earnings you could claim an additional £163 a week on top of your basic state pension. It is also known as ‘contracting out’.

Lastly, if you defer from claiming your state pension and keep working after your SPA then your pension currently goes up 10.4% per year.

I have only covered the basics above as the pension system is more complicated than this. Many agree and that is why a number of changes are about to come into effect. Let’s run through them.

Next, there is an increase in the qualifying NI contribution years from 30 to 35. But what is good is for those who take a career break to raise a family, or caring for relatives or children, or low-paid, as this can now be counted towards the 35 years of NI contributions.

However, if you have less than 10 years NI contribution you won’t qualify. It use to be one year of NI Contributions to qualify, now it is a minimum of 10 (ten).

Remember that option to defer receiving your state pension? You can still do it however the pension will only go up 5.8%, not the previous 10.4% per year. A less attractive option.

Lastly, for housewives and stay-at-home mums who were entitled to a share of their husband’s pension (while having paid little or no NI contributions) this has been removed. Everyone, needs to build up their own NI record. There is some reprieve as they can still receive 60% of their husband’s pension if they have paid at least one year of married women’s stamp before reaching state pension age.

Who wins, who loses?

The following tend to be better off under the new system:

While people in these groups tend to be worse (or no better) off:

What should I do?

For everyone else, get a forecast of what you can expect to receive in terms of your state pension based on your National Insurance Contribution (click here).

Determine if you should make Class 3 Voluntary National Insurance Contributions. If you have a shortfall in your basic state pension you can pay to fill the gaps (usually pertaining to the last 6 years).

Use a calculator to determine the level of pension you could receive when you retire, it can combine the state pension with your own private pension / alternative retirement income to see how well off you are going to be.

If all else fails, contact the Pensions Advisory Service  for any support, or seek guidance from a FCA advisor.

I hope you have found this blog helpful.

Nigel is the founder of BeeMyMinder. Developed from his own frustrations keeping on top of household/personal finances and dealing with piles of papers and associated documents.

“A place for everything and everything in its place”
Benjamin Franklin
“Organising is a journey, not a destination”
Anonymous
“For every minute spent organizing, an hour is earned”
Anonymous
“How many things are there that I do not want”
Socrates
“Organising is what you do before you do something, so that when you do it, it is not all mixed up”
A A Milne
“Out of clutter find simplicity. From discord find harmony. In the middle of difficulty lies opportunity”
Albert Einstein
“In a sense, clutter is the end result of procrastination”
Jeff Campbell
“I tried to find the best car insurance deal the way I always have, what a hassle. Now I’ve used BeeMyMinder I can be rest assured that I’m in control and not reliant on others”.
Mrs B Surrey
“Fail to plan, plan to fail”
Winston Churchill