April VED Changes: How will the impact vehicle purchases 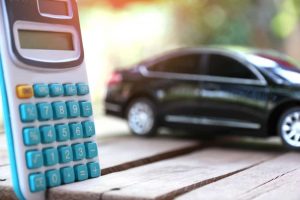 In November 2016, we discussed that out of all of the costs to run a car, one of the most significant costs was that of insurance premium tax.

Having risen to 10% in October 2016, our research found that by June 2017, it will be scheduled to increase once more to 12% on the back of new legislation to Vehicle Excise Duty (VED).

Having long been planned for since the Chancellor’s Budget in 2015, the DVLA has laid out their new methodology, which is set to apply to any and all vehicles registered from that date.

What are the VED changes?

In practice, the amount you will have to pay depends what category your vehicle falls under, in terms of pollutant emissions. Aside from zero-carbon emitters such as electric and hydrogen cars, all other vehicles will have to pay £140 a year as a base rate.

In the case of the majority of road users though, our rate of Excise Duty will be set via a series of ‘CO2 bands’, with the amount of tax owed dependent on the level of emissions. Similar to the methods that have traditionally been used to work out the rate of tax for large trucks, the more you pollute the more you will pay.

At maximum, the heaviest polluters which are anything above 255g/km will incur a massive £2000 fee initially, but only as part of the additional rate for the first five years.

The new system also takes into consideration the fact that over the years, the price of various makes and models of vehicles will fluctuate. Therefore the value of your vehicle will be taken from the level it was when it was purchased, so you can’t look to take advantage of the system by making a purchase when the cost comes down!

Vehicles also purchased going forward from the end of March will also be divided into one of four categories. These are entitled ‘M, M1, M1SP and M1G’. Category M is your standard 4 wheeled vehicle designed for people transport, M1 is for larger vehicles but with no more than 8 seats, M1SP refers to special purpose vehicles such as ambulances and caravans, and M1G is the category for off-road vehicles like tractors.

Regardless of category however, the new charges will still apply.

Why have these changes occurred?

But why the need for such changes to the law? One common theory is that under the current system, more and more vehicles were being produced that came in below the lowest rate of tax due to technological advancements, which meant that the Government was losing out on a sizeable amount of revenue.

Others seem to think that the decision was motivated by a concern for the environment, to encourage the purchase of vehicles that are comparably less harmful to our quality of air. Similar laws have already been passed regarding the impact of HGV’s on the environment, so perhaps this new law should be viewed as part of a wider sequence, with more eco-friendly roads as the ultimate goal.

Looking at these new changes, it would appear that prospective buyers are being deliberately led down the path towards purchasing an electric vehicle, or at least one that is as non-polluting as possible.

It’s an admirable goal, so long as such vehicles are going to become affordable to the common man/woman, as such cutting-edge technology tends to be above the price range of many people.

However, the same principles remain in place for getting the best value for your money. Whilst the April deadline may seem to loom large, a lot of research can be done between now and then.

Remember that whether you’re buying a tiny Smart Car or a mammoth sized people carrier, that it’s an investment designed to last and is worth spending a fair bit on to ensure maximum quality. There’s always plenty of trusty price comparison websites to turn to, and if you fancy yourself as a negotiator, then see if you can haggle down a dealer!

This was a guest post written for BeeMyMinder by Justin Fox at Distinctly PR.

“A place for everything and everything in its place”
Benjamin Franklin
“Organising is a journey, not a destination”
Anonymous
“For every minute spent organizing, an hour is earned”
Anonymous
“How many things are there that I do not want”
Socrates
“Organising is what you do before you do something, so that when you do it, it is not all mixed up”
A A Milne
“Out of clutter find simplicity. From discord find harmony. In the middle of difficulty lies opportunity”
Albert Einstein
“In a sense, clutter is the end result of procrastination”
Jeff Campbell
“I tried to find the best car insurance deal the way I always have, what a hassle. Now I’ve used BeeMyMinder I can be rest assured that I’m in control and not reliant on others”.
Mrs B Surrey
“Fail to plan, plan to fail”
Winston Churchill